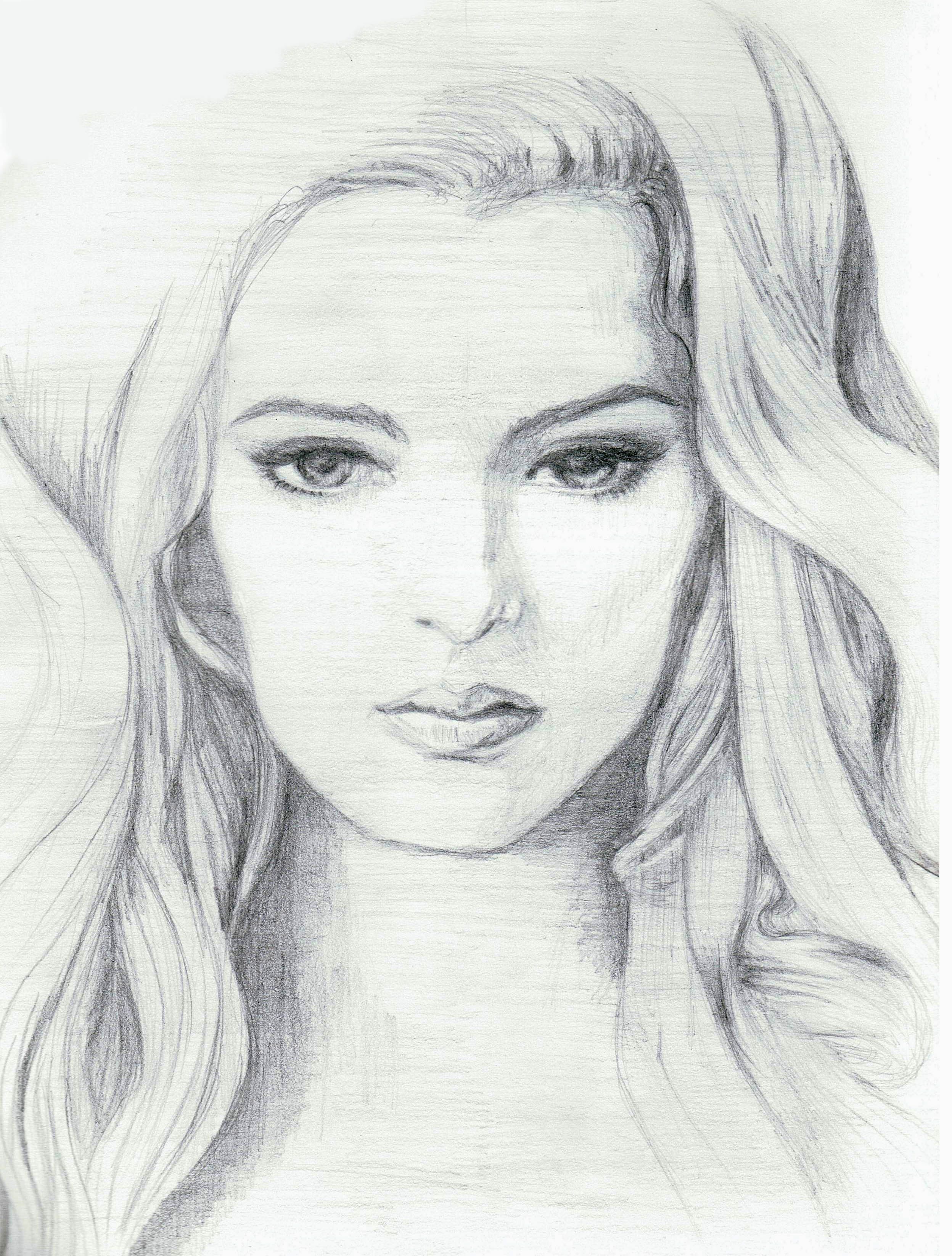 This tutorial explains how to draw an anime woman’s head and face step by step. The focus is on how to draw a middle aged female character’s facial features as well as on common anime facial proportions for that character type.

For the purposes of this tutorial the age of the character we will focus on can be anywhere from late 20’s to late 30s.

Please note that there will be a lot of guide lines used during this tutorial. If you are going to be following the steps and drawing on paper try and draw very light lines that can be easily erased.

Some parts of the head and face such as the ears will be covered by the hair in later steps. If you want to draw those for practice keep in mind that you may want to erase them later.

If you are drawing digitally than you may have a lot more options depending on the software you are using.

You may also want to read:

Heads can vary in shape but for the sake of this tutorial we will focus on the easier and more common way to draw the head for an older anime female.

To draw a middle aged female anime character’s head draw it “taller” (longer vertically) than you would for a younger person. Kids generally have rounder faces than adults therefor a longer face will automatically make a character look older and more mature.

For the side view you can again draw the top of the head as an oval and then draw the nose/jaw area on top of that.

The side view gets a little tricky as you will want to indicate the nose right away. As suggested earlier you can do a rough drawing with light lines first and estimate where the nose should be and correct your drawing later if needed. For placing the nose see step four of this tutorial.

Draw the area between the nose and the chin as a single line (add the details in a later steps).

For more on anime heads and faces see:

For placing the ears draw a horizontal line through the middle of the head and then a line between that and the chin. Draw the ears between these lines.

Bigger and wider eyes tend to make characters look younger. For an older anime characters draw the eyes vertically narrower and with slightly smaller irises/pupils in relation to the rest of the eye.

To position the eyes you can use the horizontal line though the middle of the face in the previous step and draw the eyes below that.

Please note that for real eyes you would want to draw the eye directly on that line (or even above it) but in anime the eyes tend to be draw lower down. For the front view draw the eyes roughly far enough apart that you can fit another eye in between them.

For more on drawing anime eyes you can see:

Please note that for a real nose you would want to draw it higher up but anime noses tend to be drawn farther down (same as the eyes). This tends to especially be true for anime characters with huge/tall eyes that take up a large part of the face. Otherwise you may end up with the bottom of the nose being higher than the eyes.

For more on anime noses see:

It’s common to not draw lips at all for anime characters or to only give hint of the lips. One common exception to this are characters who are wearing lipstick like the one in this tutorial.

To draw the lips draw another line between the chin and the line used for the nose. The bottom lip will be located on this line with the top lip slightly up from that.

For more on anime lips see:

There are nearly countless hairstyles so it’s difficult to have one clear guideline for drawing hair.

Anime hair tends to be drawn in clumps. For most common hair styles you will have the top part of the hair somewhat trace the shape of the head. As long hair goes down it tends to curve in different directions.

For more on anime hair see:

Step 7 – Clean up the Drawing

Once you finish the previous steps clean up your drawing and remove any guide lines as well as well as the parts covered by the hair (if you chose to draw those in the first place). You should then have an outline drawing of your character.

To color and shade your character first fill each area such as the hair and skin with a solid color and add the darker shadows afterwards. You can either leave the highlights like the reflections in the eyes, hair and lips white if drawing on paper or draw them in later if drawing digitally.

For general shading of an anime character you will want to darken the areas that normally tend to be away from the light. In this case the neck as it will usually have a shadow cast on it by the head and hair and parts of the hair such as the back hair in the front view. the hair clumps will also cast shadows on one another so you may want to draw some shadows between those as well.

We will not go too deep into coloring in this tutorial but some other basic things you may want to do is pick colors that go well together also known as complimentary colors.

For more on coloring an anime character see:

There are infinite variations of female anime characters but this tutorial should help you draw a middle aged woman in the anime style using some of the more common techniques. You can always experiment with different parts of the tutorial by drawing a different set of eyes or a different hairstyle, using different colors, etc…

For drawing a female face in 3/4 view see: