After the tremendous success of “The Marriage of Figaro”, the people of Prague persuaded “their” revered Wolfgang Amadeus Mozart to create another great opera. Mozart decided to process the material of the seducer of women, Don Juan. Librettist Lorenzo da Ponte and Mozart had a further opportunity to work together.

Mozart relentlessly spent his time working on the dramma giocoso “Don Giovanni”. Singer Josepha Duschek and her husband, the composer Franz Xaver Duschek, welcomed him to their house and spoilt him with good food, entertainment but most importantly: perfect working conditions.

Mozart always considered it important for his singers to imbue his arias with emotion and expression. The audience should feel, laugh and suffer with the characters – an approach unheard of and revolutionary in contemporary opera. Unsurprisingly, rehearsals were strenuous, with the orchestra and singers struggling with the challenging music to meet Mozart’s expectations. 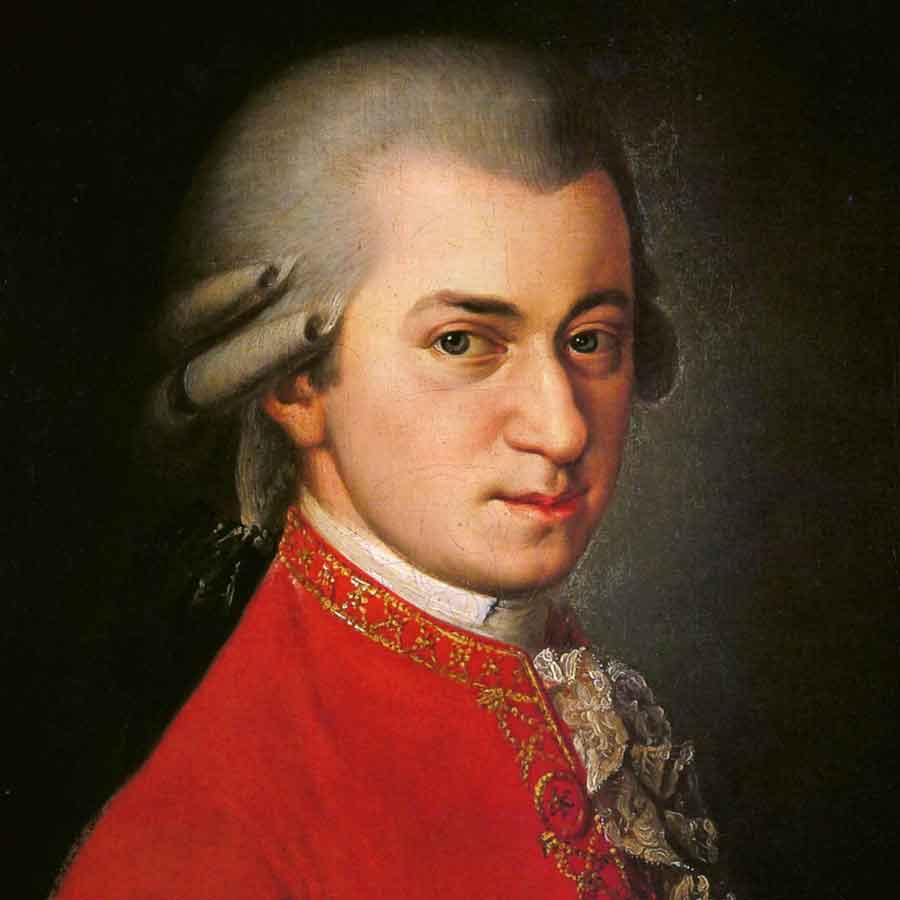 Today it may seem inconceivable that authentic acting was no matter of course on the opera stages in Mozart’s time. It is one of Wolfgang Amadeus Mozart’s greatest achievements that he expected this from his singers.

… and in the play

Don Giovanni is an unscrupulous seducer of women in Seville. Accompanied by his cunning servant Leporello, he leaves conquests, jealousies and broken hearts in his wake. He is dead set on seducing Donna Anna or Elvira, whom he has already left and who is far from being fond of his advances. Finally he discovers Zerlina at a peasant wedding… He constantly falls freshly in love and leaves his current lover to leap into the arms of another. His opponent is the Commendatore, Donna Anna’s father, whom he murders in a duel. The statue of the Commendatore looms over his grave. This statue starts speaking to Don Giovanni, inviting him to the grave. Don Giovanni agrees against the advice of his servant Leporello. The statue demands that Don Giovanni repents. He refuses and is dragged into hell.

After the plunge of Don Giovanni into the inferno, all acting characters appear a final time: Donna Anna and her fiancé Don Ottavio; Elvira, who retires into a convent; and Zerlina with her husband Masetto. Leporello is looking for a new master. The opera ends in the tradition of the drama giocoso: good triumphs over evil.

Mozart’s “Don Giovanni” premiered and was celebrated by the audience in Prague. In December 1787 Mozart’s dream came true: he was appointed imperial court composer, but he was not particularly thrilled. The work bored him and again his big rival, Antonio Salieri, had beaten him: he became court bandmaster with an annual salary of 1,200 guilders. Mozart wrote about his own salary of 800 guilders: “… too much for what I actually do and too little for what I could truly do.” Furthermore, “Don Giovanni” was not a success in Vienna. Even Emperor Joseph II said of Wolfgang Amadeus Mozart’s masterpiece: “… this is no treat for my Viennese.”