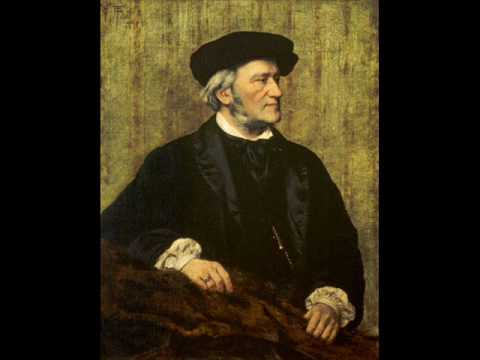 Wagner now decided that it was time to seek his fortune in Paris, which was accepted to be the capital of the operatic world. However, in order to do this, he and Minna had to unfortunately embark upon one of the long sea journeys which Wagner truly detested. As a result of his mounting debts, Wagner’s passport had been confiscated in Riga and so it was necessary that he be smuggled across the border to Konigsberg where they set sail for France. A journey that should have taken eight days, due to foul weather eventually took three and a half weeks. The journey was broken in England, but Minna was fearful of the menacing fog that hung over the Thames as their ship crept up river, passing red warning lights and the sound of fog bells. They stayed at the King’s Arms boarding house in Old Compton Street until Minna had regained her composure.
Above right: Wagner as he looked at the time of his London stay

In Paris, the operatic world was dominated by the music of Meyerbeer, a Jewish composer detested by Wagner and this did nothing to allay Wagner’s growing anti-semitism which also extended to Mendelssohn.

However during this time in Paris, Wagner did achieve something and that is the completion of his opera ‘Rienzi’ which he managed to arrange a performance of in Dresden. With this in the pipeline and a promise to advance on the Flying Dutchman, they were able to afford their return ticket to Germany.

Rienzi was an instant success, and helped make Wagner an international celebrity, but unfortunately, once again his debts started to accumulate.

Out of desperation, he wrote a letter to Franz Liszt who was able to provide a little help in promoting his work but Wagner was still not happy with his life with Minna. At this time he wrote: “When I came home deeply depressed and agitated by some new trouble, some new insult, some new failure, what did this wife of mine produce instead of consolation and inspiring sympathy? Re­proaches, more reproaches, nothing but reproaches!”.

Although they seemed to be a mutual torment to each other, when Wagner was forced to flee the country after his involvement with the socialist uprising in Dresden, Minna did go with him to his refuge in Switzerland.

Next: Mathilde Wesendonk – A New Love

« Get Lastpass
Tomcat Behind Apache»