Giacomo Puccini was the most important composer of Italian opera after Verdi. He wrote in the verismo style, a counterpart to the movement of Realism in literature and a trend that favored subjects and characters from everyday life for opera. On his often commonplace settings Puccini lavished memorable melodies and lush orchestration. It was around the turn of the 20th century that he reached his artistic zenith, composing in succession his three most popular and effective operas, La Bohème, Tosca, and Madama Butterfly.

Young Giacomo took organ lessons early on from his uncle, Fortunato Magi, and later from Carlo Angeloni. At ten, he sang in local church choirs and by age 14 was freelancing as an organist at religious services. His first compositions were for organ, often incorporating operatic and folk elements. By age 18, under the spell of Verdi's Aida, he decided he would study composition with a view to writing opera. At around this time, he composed his first large-scale work, a cantata, Preludio Sinfonico, for an 1877 competition. Other pieces came in the next few years, but none of significance.

In 1880, Puccini entered the Milan Conservatory, where he studied for three years under Ponchielli and Bazzini. While there, he wrote his first opera, Le villi, which he once more entered in a competition. Though he lost, Arrigo Boito and, more importantly, publisher Giulio Ricordi helped arrange a premiere in Milan on May 31, 1884. The work was enthusiastically received, and Puccini was on his way.

Around this time the composer met Elvira Gemignani, wife of a merchant in Lucca. They carried on an illicit affair, and she gave birth to his son in 1886. When her husband died in 1904, the two were married. Puccini's next opera, Edgar, was poorly received at its 1889 premiere. Subsequent revisions failed to rescue it from its encumbering libretto. His next effort, however, Manon Lescaut, was a sensational success at its 1893 Turin premiere. Subsequent performances in Italy and abroad bolstered the composer's growing reputation.

Puccini's next three operas confirmed his preeminence in Italian opera. La Bohème (1896), Tosca (1900), and Madama Butterfly (1904) were not immediately as successful as Manon Lescaut, but in time achieved greater acclaim. By the middle of the 20th century, they had become -- and remain today -- his most often performed and recorded works.

Puccini suffered a creative dry spell for a time and was unable to finish another opera until the moderately successful La fanciulla del West (1910), which premiered in New York with Toscanini conducting and Caruso singing the role of Johnson. His sluggishness of inspiration owed much to charges by his wife that he was having an affair with a servant girl, charges that drove the hapless, and as it turned out, innocent young girl to suicide in 1909.

In 1913, Puccini accepted a lucrative commission from Vienna interests, which resulted in La rondine. Received warmly at its 1917 Monte Carlo premiere, it faded under the judgment it was the least of his operatic efforts. Puccini followed this disappointment with his trilogy of one-act operas, Il trittico -- comprised of Il tabarro, Suor Angelica, and Gianni Schicchi -- all premiered at the Metropolitan Opera in New York in 1918. Only the latter work, a comedy, was well received.

While Puccini was working on his last opera, Turandot, he was diagnosed with throat cancer (1923). During radiation treatment in Brussels, he suffered a heart attack and died on November 29, 1924. 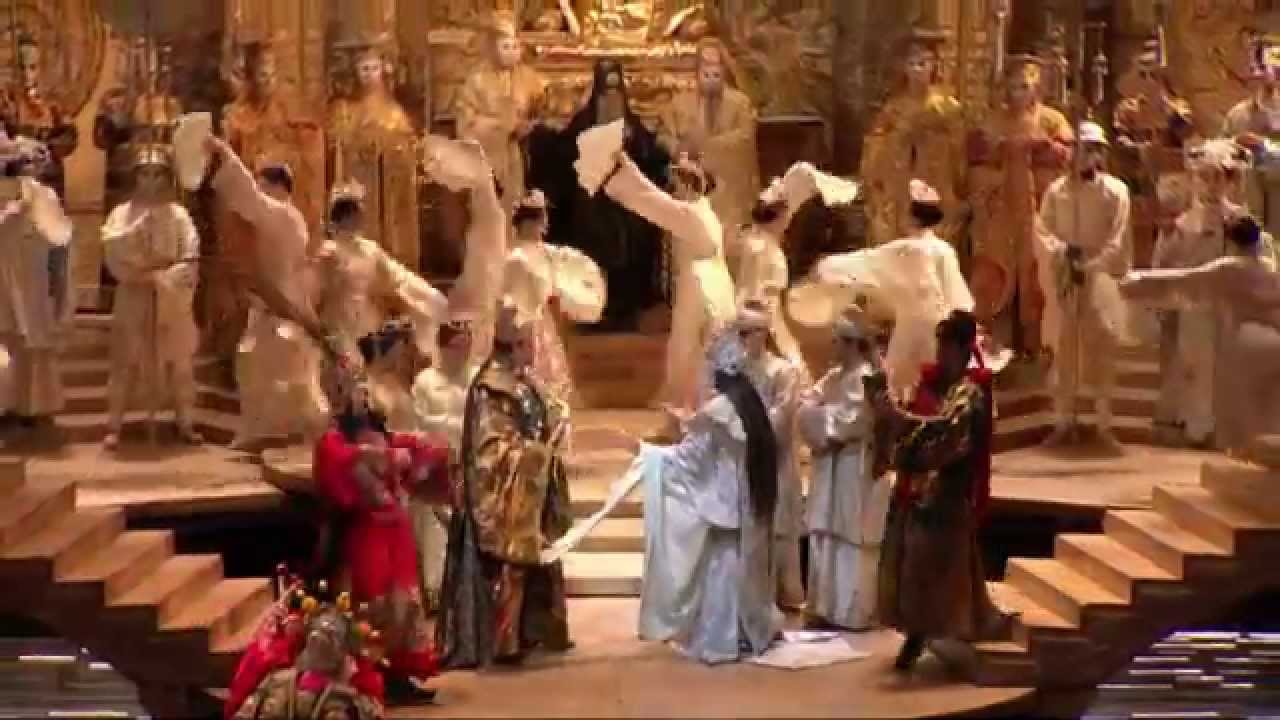 and our community of experts to gain a global audience for your work!

Betsy SchwarmSee All Contributors
Betsy Schwarm is a music historian based in Colorado. She serves on the music faculty of Metropolitan State University of Denver and gives pre-performance talks for Opera Colorado and the Colorado Symphony...

Tosca, opera in three acts by Italian composer Giacomo Puccini (Italian libretto by Luigi Illica and Giuseppe Giacosa) that premiered at the Costanzi Theatre in Rome on January 14, 1900. Based on French playwright Victorien Sardou’s popular play La Tosca (1887), the opera is about political intrigue and romance in the days of the Napoleonic wars. (SeeFrench revolutionary and Napoleonic Wars.)

In 1889 Puccini, barely 30 years old, set his sights on Sardou’s play, a wrenching melodrama of love and hate, passion and death, set against a backdrop of revolution. It had been written for French actress Sarah Bernhardt, who was perhaps the only person who could have managed the role’s intense dramatics successfully. Critics deplored the play’s violence, but the public loved it, and Puccini was determined to base an opera on it.

Puccini’s publisher, Giulio Ricordi, secured the rights for another Italian composer, Alberto Franchetti, instead. Franchetti and the librettist Illica began work but ceded the project to Puccini for reasons that remain unclear. At first Giacosa resisted working on the libretto, because he disapproved of the story and knew it would be difficult to set into verse. Sardou insisted on retaining the right to approve any libretto, and Puccini spent time with him in 1899, arguing for his own dramatic preferences. Ricordi was unhappy with the relatively small proportion of lyrical numbers in the third act and tried to persuade Puccini to add more. Ultimately, Puccini prevailed, and the completed opera was novel in its avoidance of grandiosity and its small number of stand-alone arias and ensembles.

The opera’s action plays out against specific locations in Rome, and Puccini made sure that his music would be firmly grounded in realism. For the “Te Deum” in Act I, in which Scarpia launches into a passionate and vengeful monologue while a religious procession passes in the background, Puccini wrote to a priest he knew in Rome to obtain the correct version of the plainchant melody, which he knew varied from region to region. He also tracked down an expert in church bells to identify which bells were rung for early services and what the pitch of the largest bell at St. Peter’s Basilica was. As background for the same passage in which these occur (the prelude to Act III), Puccini also obtained an appropriate folk song for the shepherd who is heard in the distance.

Premiering the opera in Rome was logical given its setting. However, Puccini had not calculated how Rome’s volatile political climate might react to an opera in which revolution, political suppression, and criminal abuse of authority figure prominently. There were threats of violence, including even suggestions of a bombing. When the opening-night curtain rose to the shouts of an angry audience, the worst was feared, but it soon became clear that the fury was directed at late arrivals. The opera was an immediate success with the public, if not with critics of its extreme melodrama, and it continues to be frequently performed. Its best-known selection is the sopranoaria “Vissi d’arte,” which Puccini added at the last minute after his singer complained that her character had no suitable numbers.