About the opera Zaide

Zaide (originally, Das Serail) is an unfinished opera, K. 344, written by Wolfgang Amadeus Mozart in 1780. Emperor Joseph II, in 1778, was in the process of setting up an opera company for the purpose of performing German opera. One condition required of the composer to join this company was that he should write a comic opera. At Salzburg in 1779 he began work on a new 'rescue' opera, Zaide. It contains spoken dialogue, which also classifies it as a Singspiel (literally, 'singing play'). Only the arias and ensembles from the first two acts were composed. Missing are an overture and third act.
Rescue operas were popular at the time, since Muslim pirates were preying on Mediterranean shipping, particularly to obtain slaves for various purposes. This story portrays Zaide's effort to save her beloved, Gomatz.
Read more on Wikipedia 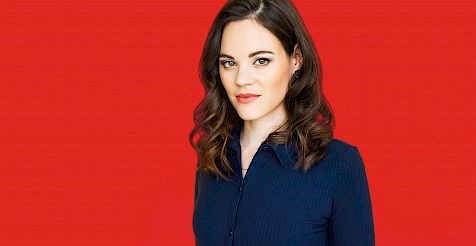 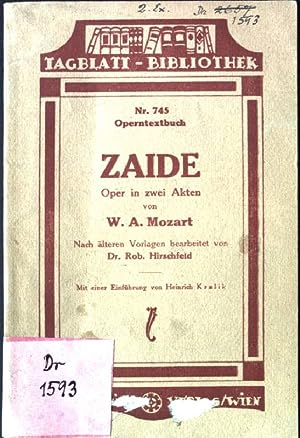 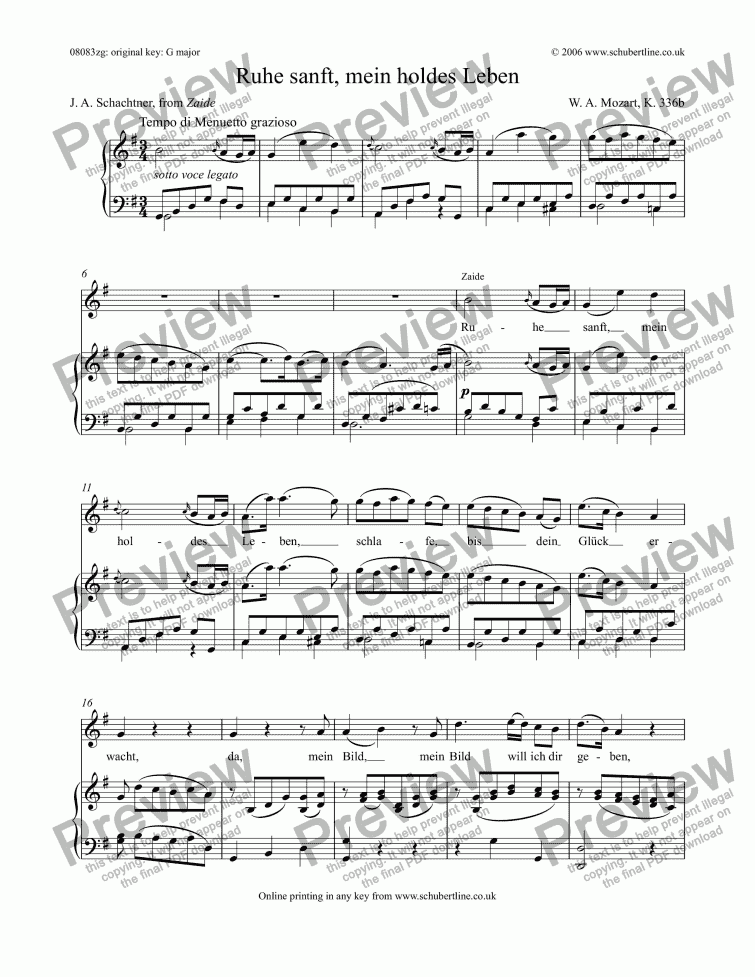 All scenes from Zaide 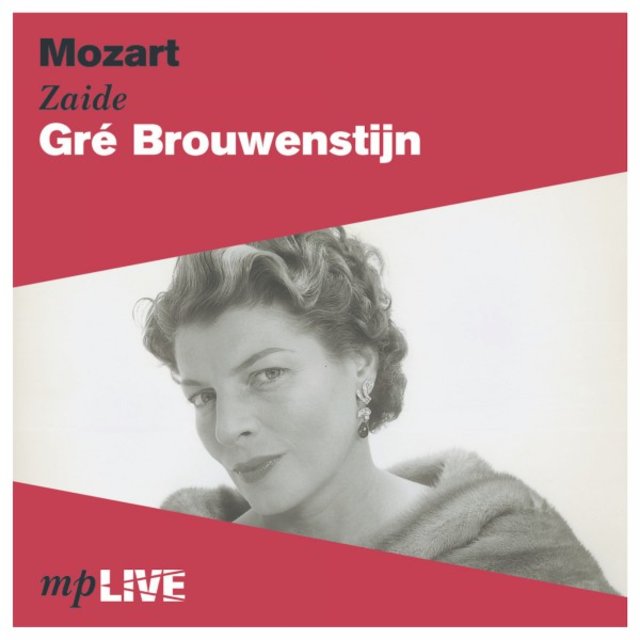 Zaide falls in love with Gomatz, a slave, which strikes up jealousy and rage in the Sultan, who happens to also admire her. After capture she chooses a free life with Gomatz rather than a good life with the Sultan. Allazim encourages the sultan to consider Gomatz as a man, not as a slave. The final surviving quartet suggests Zaide and Gomatz are sentenced to punishment or execution. This is where Mozart's manuscript breaks off.

There are similarities with Voltaire's play Zaïre (Zara) in which Zaïre, a Christian slave who had been captured as a baby falls in love with Osman, the Sultan of Jersusalem. Osman wrongly believes Zaïre and another Christian slave Nerestan (Gomatz in Mozart's opera) are lovers and kills Zaïre in a jealous rage and then kills himself. The elderly Lusignan, a prisoner of the Sultan (paralleled in the character Allazim) recognizes Zara and Nerestan as his children as she escorts him to safety. From the surviving arias we can deduce a few differences between Voltaire's play and Mozart's opera. By Act II of the opera Zaide, Gomatz, and possibly Allazim actually escape, only to be captured once more. In the opera there is no evidence that Mozart intended to cast Zaide, Gomatz and Allazim as a reunited family. Indeed, the original ending of Voltaire's play may have been too serious for contemporary tastes and may have been a reason for Mozart's leaving the project incomplete.