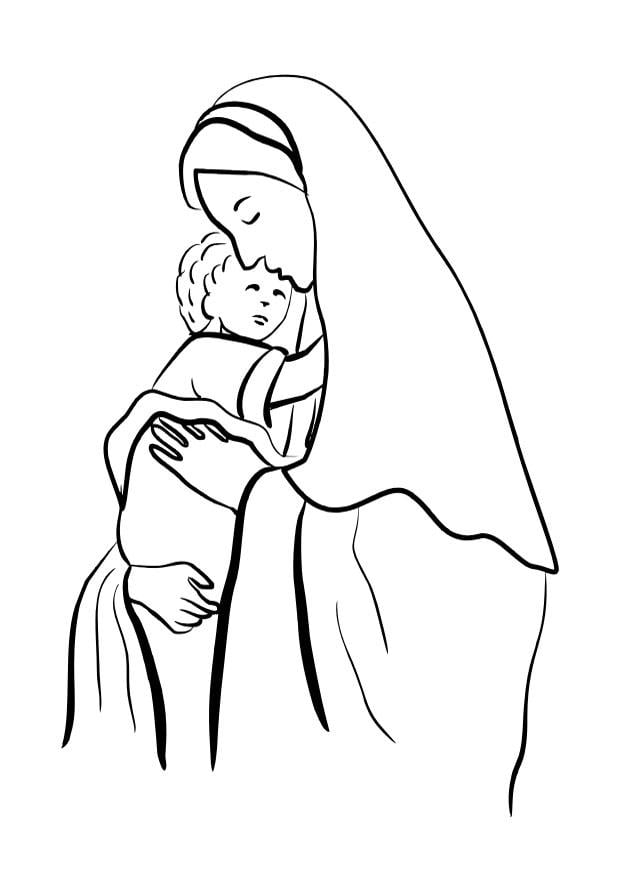 The picture depicts a mother with her baby; the child’s right hand is reaching up to touch her face. The mother’s right shoulder is much longer, than the left, and contorted as she cradles her infant. She is gazing, lovingly, at the child. The most striking feature of the work is the repeated images of the mother’s right hand. Aside from the actual drawing of her hand, there are four other renderings. Picasso appears to be showing the attempts he made, at depicting the hand, before deciding upon the final image. Three are very similar, while the fourth, at the bottom of the picture, has an animal-like quality.

A preliminary sketch, of the mother’s head and shoulders, appears in the top right corner of the drawing. This adds to the impression that this is a work in progress and not the finished article. The subjects of a mother and child appear frequently in Picasso’s work, throughout the artistic periods in his life, painted in a variety of different styles. In many instances, the pose, of the mother cradling her baby is very similar to this drawing. Picasso is probably most famous for the striking images produced during his Cubist and Surrealist periods, this drawing, one of his earlier works, is a reminder that Picasso could create beautiful artwork in a classical style.

Raphael Soyer's original lithograph, 'Mother and Child' is printed upon pure rag paper bearing the 'Rives' watermark and with full, deckled margins as published around 1970 in a sole, signed edition of one hundred and fifty impressions in New York in a large folder which is provided. This impression is signed by the artist in pencil and numbered, '37/150 along the lower margin'. Until about 1960, all Raphael Soyer's lithographic art was black and white. After that date he frequently created colour lithographs and proved himself a master of this medium like any other. 'Mother and Child' is a striking, original example of the lithographic art created by the twentieth century American artist, Raphael Soyer. Within this folder Raphael Soyer wrote these telling words;

'Village East is the result of my seven years' living on the Lower East Side. I tried to get the feeling of the area .... bearded, long-haired young men .... white mothers with their Negro babies against the background of drab walls bearing Fall-Out shelter signs.' * Raphael Soyer