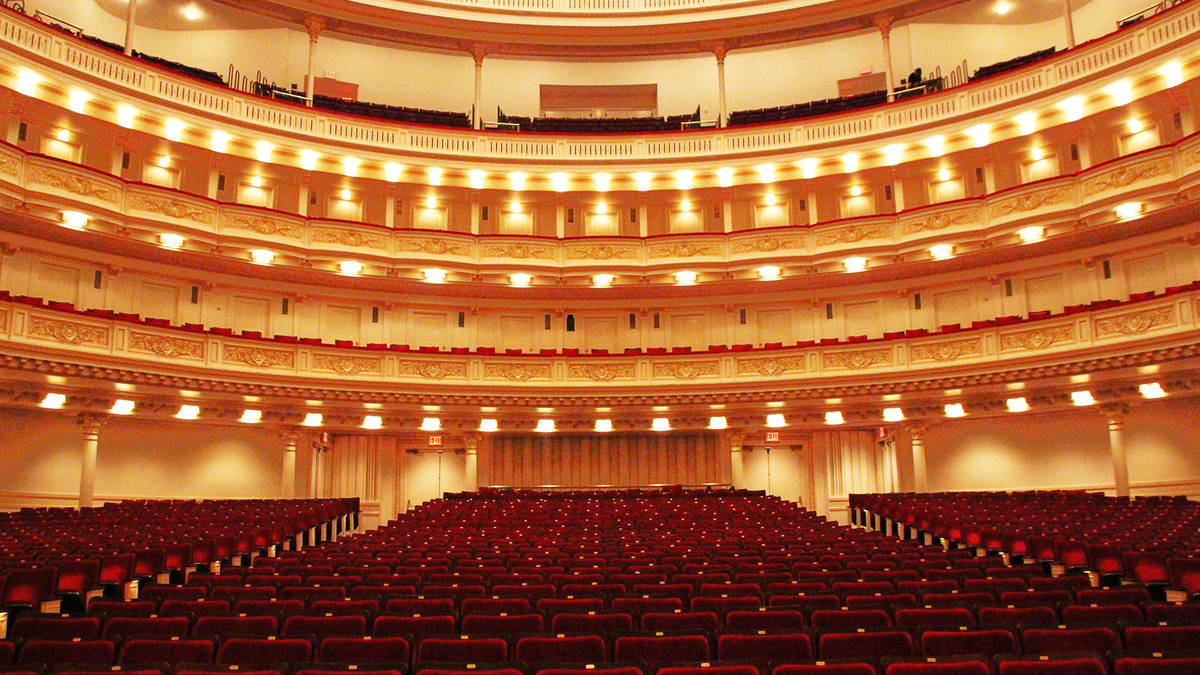 The Metropolitan Opera has closed, but it’s offering nightly streams of encore presentations from its Live in HD series.

Online, over the airwaves, or via satellite, listeners can hear thrilling performances by today’s most celebrated artists as well as legendary singers from the company’s past, all originally captured in live broadcasts spanning almost nine decades of Met history.

Launched in 1931, the Met’s Saturday Matinee Broadcasts are the longest-running classical radio series in American broadcast history. That rich tradition continues unbroken in the 2020–21 season with an expanded schedule of encore broadcasts selected from the company’s audio archives and aired over the Toll Brothers–Metropolitan Opera International Radio Network. Get fully immersed in this Emmy and Peabody award-winning series, featuring the most talented artists from across the globe. Each opera is broadcast live on our screens on Saturdays, followed by encore showings of the previously recorded performance on Wednesdays.

The streams began on Monday, March 16th, 2020. Each will begin at 7:30 p.m. on the date listed below, and will remain available on metopera.org until 6:30 p.m. the next day. If you happen to use a Met Opera on Demand app, it will be available there too.

To watch the streams

Check out our big list of upcoming virtual events, or look at a few of them here:

What's the best way to listen to the Saturday matinee broadcasts of The Metropolitan Opera? On WRTI 90.1, of course! Join us on Saturdays at 1 PM for the entire 2019/2020 season of opera broadcasts. *Due to the COVID-19 outbreak, all broadcasts will be pre-recorded from previous seasons.

Listen on the radio at 90.1 FM, on the popular WRTI Mobile App, or stream from our website at WRTI.org.

Launched in 1931, the Met’s Saturday matinee broadcasts are the longest-running continuous classical radio series in American broadcast history. *WRTI is proud to bring you the 89th season. Mary Jo Heath is host and Ira Siff is commentator for the broadcasts, which include a range of dynamic intermission features, live backstage interviews with artists, and the ever-popular Opera Quiz.