at the Metropolitan Opera, New York
Reviewed by Donald Lindeman

The Metropolitan Opera commissioned composer Nico Muhly for an operatic adaptation of Winston Graham’s 1961 psychological thriller “Marnie,” which was the basis for the 1964 Alfred Hitchcock film starring Tippi Hedren and a virile Sean Connery. Oct 21, 2018 When the Metropolitan Opera commissions a new work, it commits. For Marnie, the second opera that the company has ordered from composer Nico Muhly, it rounded up an elite strike force of a cast. Fathom Events and the Metropolitan Opera present a broadcast of Nico Muhly’s Marnie, live in select cinemas nationwide on Saturday, November 10 with an encor. Isabel Leonard in Marnie Ken Howard / Met Opera With a compelling heroine, a startling storyline, and the vast emotional range of the characters, the tale packs a wallop both on the page and onscreen.

The Metropolitan Opera in New York, to its credit, has become a steadfast supporter of new operas, engaging in patronage and risk in the name of the advancement of young composers and the establishment of new repertoire, an obvious investment in the art’s future relevance and endurance. This is certainly how things should be. Last season saw the Met premier of Thomas Adès’ TheExterminating Angel. Several seasons earlier Adès’ The Tempest, based on Shakespeare, saw its debut at the Met. In the greater narrative of contemporary culture, it’s easy to forget that opera began as a popular art form, and that the rock stars of an earlier day were the composers and vocalists of the opera world. It remains a mere cultural stereotype that opera should be regarded as an elite art for intellectuals and people with money. We need think only of the likes of Puccini’s MadamaButterfly, for example, to find everything a popular art is and should be, an opera whose musical entertainment value and dramatic power brings us to the core of the popular and sublime all at once.

In the Met’s patronage of contemporary opera, it is merely continuing a legacy that has worked with considerable success in modern times, a patronage across opera houses that has brought us great repertory favorites by the likes of Alban Berg, Benjamin Britten, and Philip Glass, to name but a few.

This season, the Met, in collaboration with the English National Opera, has brought us the New York premiere of American composer Nico Muhly’s Marnie, an opera based on the novel by Winston Graham, and Alfred Hitchcock’s film adaptation of Graham’s novel. This is the second Met production of a new opera by Muhly, the first being his Two Boys (and, Muhly’s third opera).

Marnie, the central character — as sung by mezzo-soprano Isabel Leonard — is the story of an especially complex and vexing young woman, a great beauty, who nonetheless is so bound-up in a double-life concocted by herself that she’d be one of any clinician’s most improbable cases. Set in 1950s Britain, Marnie was the only child of a malevolent and manipulative mother, a self-pitying narcissist, who entertained local servicemen by night and complained of her fate by day. Unable to admit that she had killed her own son, Marnie’s mother concocted the myth that through some act of carelessness, it was Marnie’s fault that her brother had died. The burden of guilt visited on Marnie produced a deep trauma that led to identity diffusion, and a considerable inability on her part to integrate, to claim her own personhood, her own actuality in the world. As such, Marnie adapted to a half-life, a shadow-life that included serial theft from her employers, and a string of new identities in order to cover up her crimes. It should be noted that while Marnie’s pathology might give the appearance of multiple-identity disorder, she’s really a picture of someone who suffers from significant fragmentation of identity, and that her concoction of new names, and so personas in the world, is as much about the masking of her embezzlements and her tenuous grip on what it means to join any community at all. As it goes, Marnie is eventually found out by one of her employers, her boss, Mark Rutland (as sung by baritone Christopher Maltman), and in bargain to save herself from trial and humiliation, she agrees to be blackmailed into marrying him. It should be said that while Marnie has learned how to exploit her attractiveness to men, with regard to this feature of her life, she frequently appears oblivious to what any of this might mean to the rest of the world, to the men who seek to know her and care about her.

We come to see marriage is hardly Marnie’s thing. She can barely abide its intimacy, the pro forma expectation of sex, and this certainly leads to yet more trouble for her, especially on her and Mark’s honeymoon cruise, where, out of frustration Mark attempts to rape Marnie, and she then makes a failed attempt at suicide by slitting her wrists. Despite the blackmail, and the fraught beginnings of their marriage, Mark Rutland truly cares for Marnie, and wishes to help her. He convinces her to see a psychoanalyst and, to comply with his entreaties, she engages in several sessions, these becoming some of the most powerful musical and dramatic moments of the opera. Despite Marnie’s intense exposure to analysis, it remains unclear if she really wants to know the intricacies and secrets of her inner life, to learn the sources of the fragmentation and habitual avoidance found in her character, and what that knowledge might mean for her. The intrusions of the outer world appear distractions to her, detours from the fantastic fantasy-life of theft and her love of the equestrian that have defined her sense of identity and existence up to now.

Marnie is certainly great psycho-drama, the story of a peculiar female anti-hero, and so a prime candidate for narrative opera. This said, Marnie suffers from an especially over-plotted book, and in order to accommodate so much exposition, it frequently comes off as cursory, schematic, and rushed. The problematic book imperils the score as well, depriving it of the arc of drama, and intensity, it really should have. Marnie would greatly benefit from a drastic re-write, should Nico Muhly be so inclined. Much of the required narrative and exposition of Marnie’s story could be preserved if it were significantly recast as a series of flashbacks in the context of her analytic sessions. In this way, extraneous exposition could be dispensed with, and the dramatic power of her conflicted character could become what ought to be the true focus of the opera. Surely this would require considerable re-working of and departure from the novel and film, yet such could very well re-concentrate the creative energies of Muhly, and quite possibly yield a considerably more compelling operatic result. 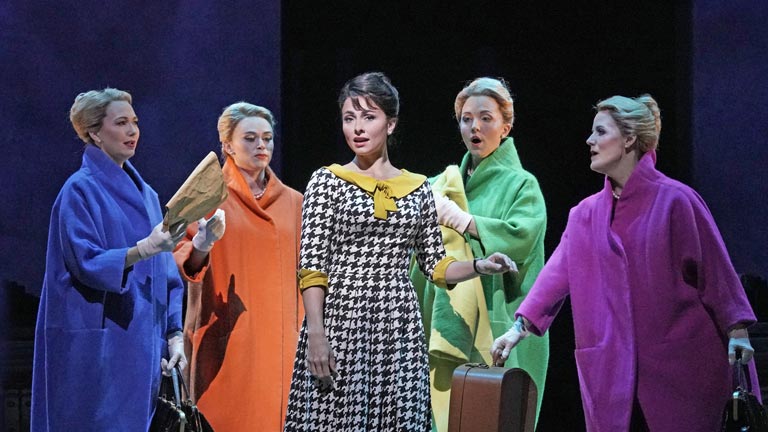 Nico Muhly writes in the advanced semi-tonal idiom of today’s Modernist operas, a lingua franca with many mansions, which exploits atonality and bursts of pure polyphonic tonal and semi-tonal passages as well. Compared to, say, Adès, Muhly is less concerned with large sound-structures; he’s more concentrated on musical narrative line. Muhly’s music, by comparison, is simpler, and so more American, as I see it. He incorporates undeniably complex vocal and orchestral textures, yet compared to Adès, his aims are somewhat more direct. We can hear whiffs of earlier American music in his idiom too, especially influence of Aaron Copland, and even Hollywood film music. What astonishes in Marnie is how intense Muhly’s score becomes, when seeking to indicate high emotion and psychological drama, as in the psychoanalysis scene, wherein the musical idea and its subject combine in a most startling and provocative way.

The Met’s production of Marnie had many excellent features, foremost among them its superlative cast. It’s difficult to imagine a finer choice than the graceful, poised, mezzo-soprano Isabel Leonard in the title role, and as it goes, she has no trouble acting the entrancing and very beautiful woman that Marnie is. Baritone Christopher Maltman brings significant warmth and keen acting skills to his depiction of businessman Mark Rutland. And then there’s Rutland’s mercurial and womanizing brother, Terry Rutland, sung in beguiling counter-tenor by Iestyn Davies. Terry serves as both protagonist and sometime commentator who’s on to Marnie in ways so many others in this drama appear not. And, while the sets of Marnie are a bit pro-forma, the colors and cut of Marnie’s 1950s costumes bring considerable flair to the production. 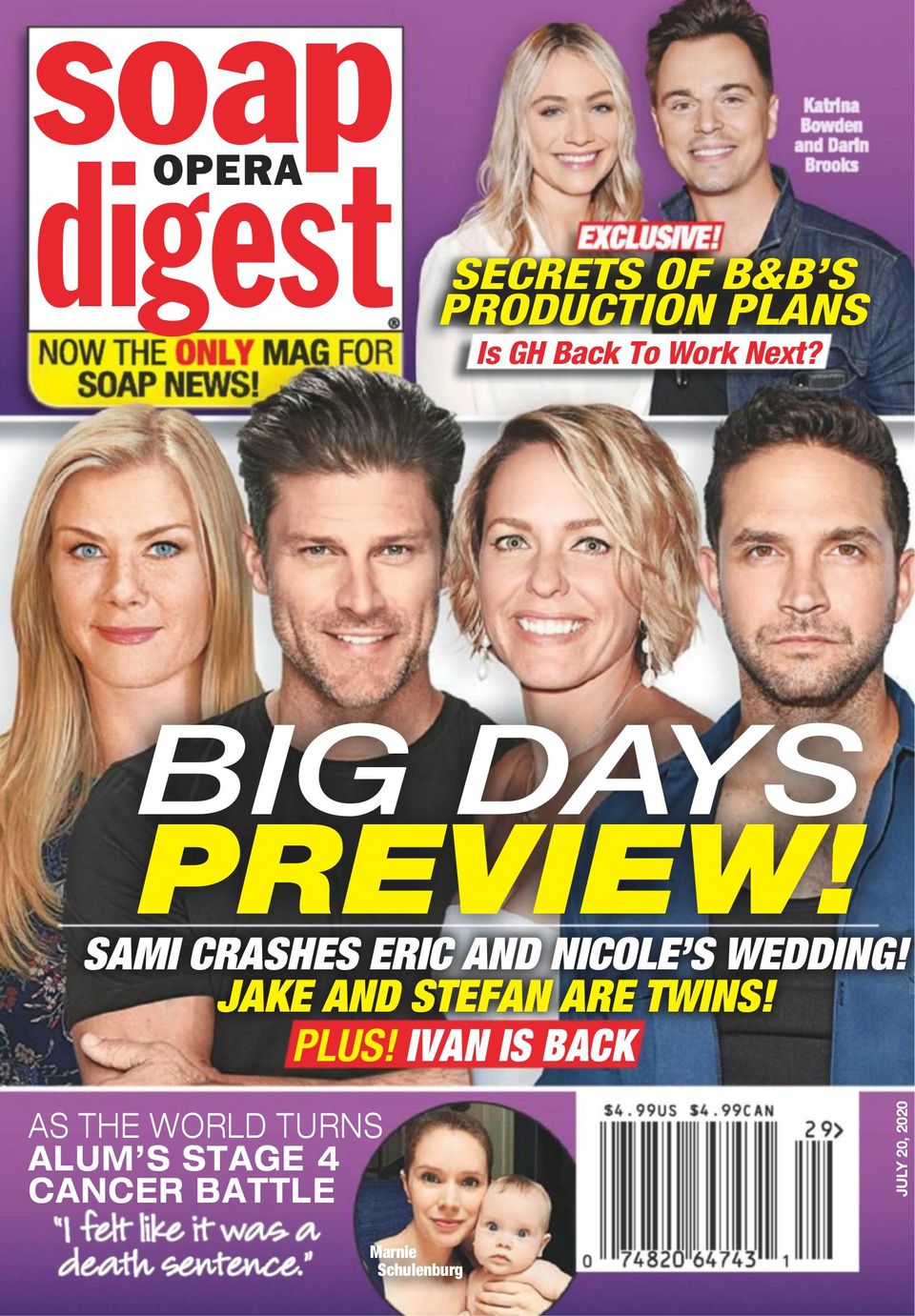 There’s something brave and splendid about the Met’s debut and production of Nico Muhly’s Marnie, and it serves as an exemplary introduction to his musical idiom and what the search for narrative in opera in our time can be. Muhly is young –a mere 37 — and we should expect that his best years for opera-writing and production are ahead of him. As such, the American and international opera-going public should have much to look forward to.

Donald Lindeman is New York City Art and Opera Critic for Riot Material magazine. Mr. Lindeman majored in Art History at Colgate University, BA, 1974, and earned his MA in Art History, Columbia University, New York, 1976. From1993 to 2007. He was indexer and then Assistant Editor at Art Index, H.W. Wilson Co (metadata since sold to EBSCO). His MA thesis was “The Art of Paul Kleein Transition: 1918-1925.”