ACT I
Luisa, the daughter of an old soldier, is in love with the young Carlo who is actually Rodolfo, the son of Walter, a local lord. Luisa and Walter proclaim everlasting fidelity, but Miller, Luisa's father, is dubious, and his fears are confirmed when Walter's retainer, Wurm, also in love with Luisa and hoping to marry her, reveals Rodolfo's true identity. In Walter's castle, Wurm reveals to his master Rodolfo's love for Luisa. Walter resolves to end their relationship, because he hopes to have his son marry the widowed duchess, Federica. Left alone with Federica, Rodolfo reveals that he loves another, but the duchess refuses to break their engagement. At home, Miller tells his daughter that Rodolfo has deceived her and is about to contract a wealthy marriage. The young man, however, comes to plead his sincerity. When Walter storms in and is about to have both Luisa and her father consigned to prison, Rodolfo secures their freedom by threatening to reveal how his father, with Wurm's assistance, murdered his cousin to gain his present position.
ACT II
Luisa learns that her father has been jailed for insulting Walter. Wurm informs her that the only way she can save Miller is to write a letter admitting she sought Rodolfo for his wealth, and pledging herself to Wurm. After doing his bidding, she learns she must go to the castle and declare her love for him before the duchess. Wurm presents Luisa's letter to Walter, and the two plot to send it to Rodolfo. Goaded on with threats by Wurm and Walter against her father, Luisa professes her love for Wurm to Federica. Rodolfo receives Luisa's letter. In despair he is about to attack Wurm when Walter appears and persuades him that marrying Federica will be the best way for him to avenge Luisa's treachery.
ACT III
Miller, released from prison, tries to comfort his daughter and the two agree to leave the village the next day. As Luisa prays, Rodolfo enters and pours a vial of poison into a decanter on the table. He confronts Luisa with the letter. When she cannot deny she wrote it, Rodolfo asks her to pour him a drink and when he says it tastes bitter, she swallows some too. Rodolfo tells Luisa the cup was poisoned, and she, released from her vow, tells him the truth. As Luisa dies in her father's arms, Rodolfo kills Wurm. 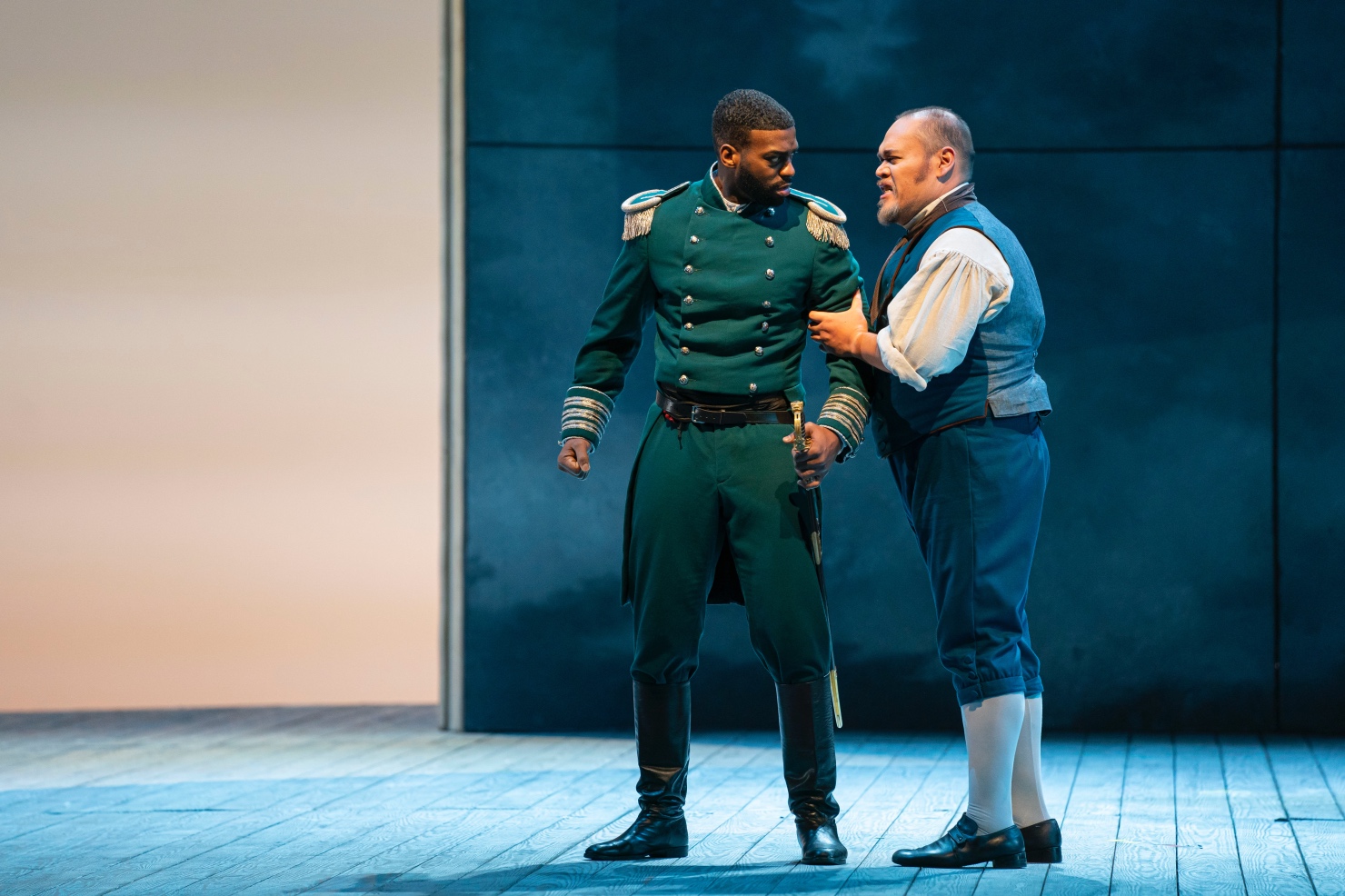 C hances to experience Verdi’s Luisa Miller have been few in London recently, and if you have been longing to hear it, then the Coliseum is the place to go. English National Opera’s cast is. Luisa Miller is one of Verdi’s best. The melodrama has real force. There are a number of ways of tapping into this opera and others at will. The Met Opera on Demand service offers annual ($149.99) and monthly ($14.99) subscriptions as well as a one-off payment ($4.99) for those who have limited time or only want to watch the occasional opera. Luisa Miller marks the end of the young Verdi’s ‘years in the galleys’ and the beginning of the composer’s maturity. An intimate domestic drama, rich in human detail and emotion, it shares not just its themes of love, family and class conflict with Rigoletto and La traviata, but also their memorable musical language. “Luisa Miller” plays select dates through Oct. 31 at the Lyric Opera House, 20 N. Wacker Drive; ticket prices vary; 312-827-5600 or www.lyricopera.org. Howard Reich is a Tribune critic.

The new European data protection law requires us to inform you of the following before you use our website:

We use cookies and other technologies to customize your experience, perform analytics and deliver personalized advertising on our sites, apps and newsletters and across the Internet based on your interests. By clicking “I agree” below, you consent to the use by us and our third-party partners of cookies and data gathered from your use of our platforms. See our Privacy Policy and Third Party Partners to learn more about the use of data and your rights. You also agree to our Terms of Service.