The Gospel According To John F
Book excerpt, interview and photos by Bob Gersztyn

Conversations With and About John Fahey is a book that will be comprised of a series of discussions with John Fahey in 1997, 1998 and 1999 and interviews with others about him after his death in 2001. The 1997 conversations were about the impact and influence of religion in our lives and its relationship to music- one of these conversions, from September 10, 1997, is including below. In 1999, there was a phone conversation about the Third Reich and in1999, there were two meetings about his then-upcoming book being published. Eight years after John passed away, I began interviewing some of the people who knew him best. At this time the book contains 14 chapters. Each chapter has an introduction to the interview explaining the context and how the person being interviewed was connected to John Fahey. The projected publication date is late 2019 as an eBook on Smashwords. 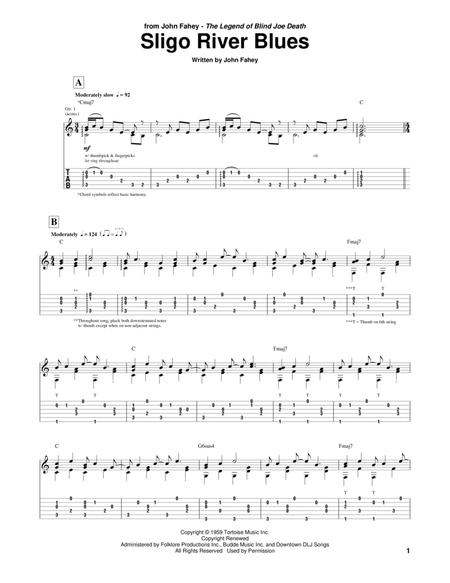 John: I guess I already told you that I attacked the Protestant Church, because you seem to know about it.

Bob: You didn’t tell me that. You mentioned Gnosticism back in August. Saying that the Protestant Church was Gnostic.

John: Neo-gnostic. (Laughing) That’s what I said. Yeah, because they rely on knowledge rather than sacraments. That’s the main point. I don’t know how serious I was, but I really let them have it, while I wrote it anyway.

Bob: Well, do you really think they are relying on knowledge? I mean any different than the Roman Catholic Church would be?

John: Well, the Roman Catholic Church is founded for the existence of an institution to baptize people and, to serve Eucharist. Those are, I mean, if you took away the Eucharist there wouldn’t be any reason for it to exist. Right?

Bob: I was asking about the difference that you see between the Roman Catholic Church and the Protestant Church, as it relates to the subject of knowledge. 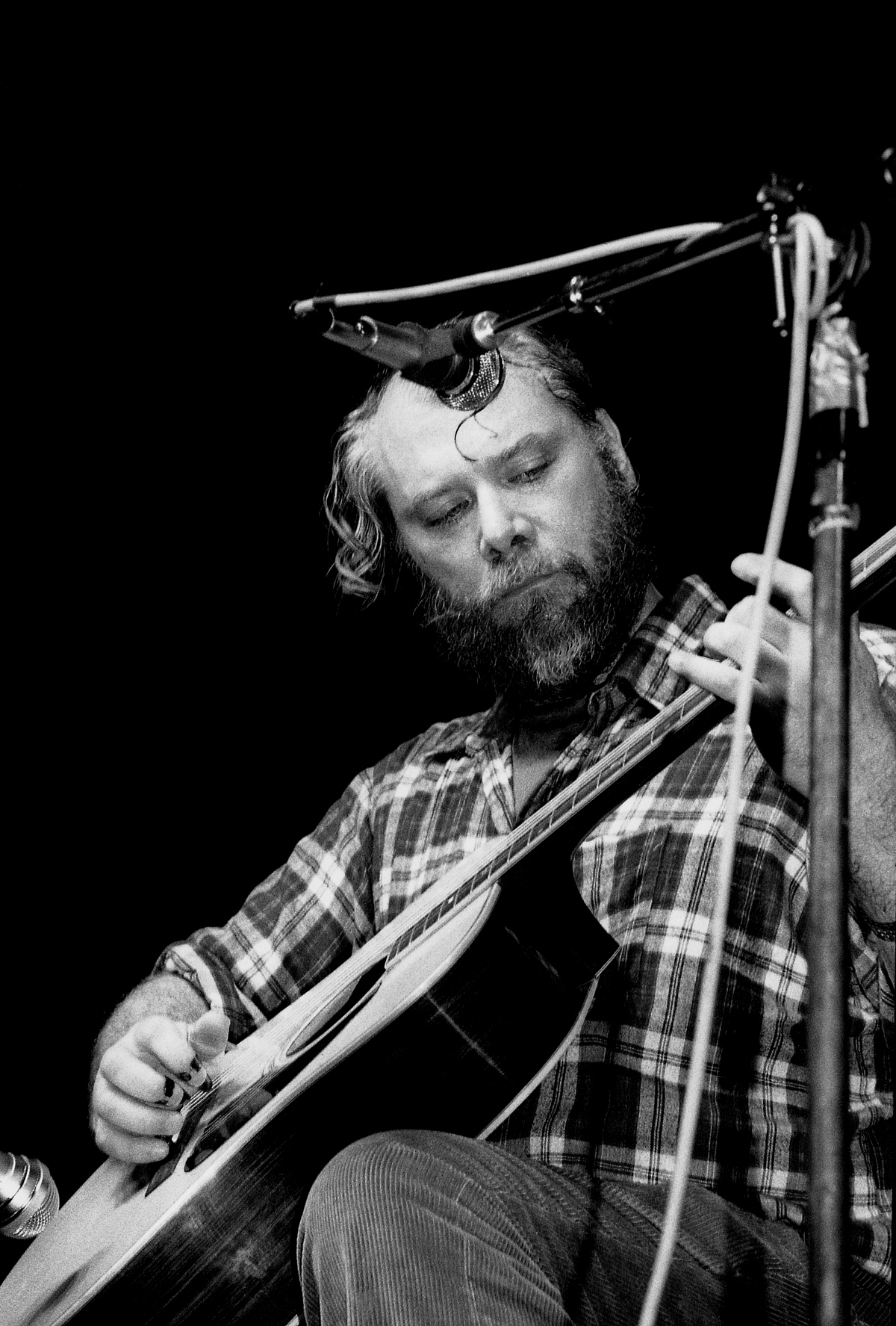 John: I’ll tell you. The whole issue insofar as it is an issue at all. (Laughter) But the whole thing is very personal. When I was a little kid, I knew three or four little girls who were Catholics and who had this certain quality of peace about them. I don’t know what else to call it except peace. And I never met anybody else, who had it. And most Catholics don’t have it. I’ve never met any Protestants who had it and I don’t know how to describe it. But it was as though they were very much at peace, OK? So I was kind of the protector of these little girls. This started about in the 3rd grade. And they still had it when they were teenagers. So I always thought they had something very special that you couldn’t get if you were Protestant, ‘cause I never met any Protestants that had it. These girls never wanted to fight about anything, they had humility, and they weren’t out for themselves. When they grew up, they weren’t looking for rich husbands. You know, they were really humble, following the teachings of the Roman Catholic Church. In fact, one of them I got married. (Laughter)

Bob: You got her married? How?

John: I got her married, yeah. To an older guy. One day, I was walking down the railroad and there was this kind of rough guy, you know, who I didn’t know too well, but I knew him,. And he was going crazy over this girl who I was in school with. One of these girls, Helen, or maybe her name was Sandra. He asked me if I knew the girl in this house down there. I said ‘yea I know her, what do you want with her?’ He was a guy much older than me. Now if it had not been a serious issue with him, he would have hit me or something. If it had been any other issue I’d have said ‘who the Hell are you? What do you want? It’s none of your business.’ He would’ve chased me or slapped me or something. But he didn’t. He was really hung up on this girl. And I quizzed him, and quizzed him, ‘what do you want to do with her?’ I’ve known her since, I don’t know, 3rd grade and this is when I was thirteen or fourteen. And I said ‘you never seemed like a very polite nice guy to me.’ And he was a great big tough guy and little me. And he’s apologizing to me and swearing up and down all he wants to do is marry her. Would I help him? So I grilled him and grilled him, ‘til I believed him and then I guess I took him down there and we pretended we were doing something else, selling newspapers or something, but I introduced him to her. Within a couple of weeks, they were married.

Bob: How old were they? Was she your age?

Bob: I was raised a Roman Catholic and didn’t become a Protestant until I was 24 years old in 1971. Since 1971, I have only attended Protestant Churches, except for occasional Catholic divergences. During these periods, I’ve seen demons and saints on both sides. I think a lot of it has to do with people’s personalities. If you have a kind, considerate and selfless individual become either Catholic or Protestant, they will align themselves with the theological ideas that follow their natural inclinations. Whereas a rude, abrasive and self-centered person is now in alien territory, they will have to start from scratch. Then I think that there is also their potential for growth in these areas. Maybe these qualities are much like the natural attributes of an athlete. Detrich Bonhoeffer, St. Francis of Assisi or Mother Theresa could be examples.

John: I can’t prove my argument. I also knew lots of Catholics who were jerks. But I never knew any Protestant girls who had this peaceful quality. Never wanted to argue or fight about anything, who treated everybody equally. Didn’t play favorites with anybody. Had a lot of humility. So I can’t prove it, but I believe it. The other experience was living in the Union Gospel Mission where I got preached to all the time by idiots who were fundamentalists.

Bob: Why did you even listen to them?

John: I had to. It’s involuntary you have to either go to chapel in the evening or go out. None of these people had as many credits in religion as I did. I didn’t have that many, all I have is a Bachelor’s in philosophy and religion and a Masters in folklore and mythology. These people had never even been to College, not one of them. So I had to sit there listening to them misinterpret the parables, like the Good Samaritan. None of them had that right.

Bob: What did they say?

John: Since they couldn’t understand it, they kept inserting: Jesus is the Good Samaritan. I suppose that’s true in some exegetical sense, but it doesn’t say so anywhere in that section of the Bible. In fact, Jesus asks a question ‘who then is the neighbor’ and then he tells the parable. Right? Remember that?

Bob: Wasn’t it the lawyer who asked ‘who is my neighbor’ to which Jesus told the story?

John: That may be, but the thing is, in the Good Samaritan, the neighbor is the guy that got knocked out by the robbers. The neighbor is anybody you run into that needs help. That’s the point of it and none of them understood that. They just talked around it and got it all mixed up, other parables too they didn’t get.

Bob: What exactly would you say they said, that Jesus was the Good Samaritan, and so you would differ with them on this point?

John: No, I would agree that in a larger sense, that’s true, but as far as the message of the story goes, he didn’t answer the question that Jesus asks. None of them did. They answered all kinds of other questions like they started thinking about communism and you know. But the guy didn’t have the brains to answer the actual question. Not even to answer it wrong. He did not understand it when he told this parable. Or maybe it’s the way you have it, but I’m pretty sure it’s the way I have it. It doesn’t matter- the point was none of them answered the question or even noticed that Jesus had asked one (question) which is somewhat rhetorical. Since he was going to answer it in his parable and everybody understood it, except those idiots. You don’t need to go to seminary to understand the truth or the answer to that parable. That’s an easy one. Another thing they left out was that Samaritans were looked down on by Jews, even though they were Jews. Samaritans were considered Jews, right? They had different scrolls.

Bob: Actually, the Samaritans were not Jews.

John: But they considered themselves Jews.

Bob: Right, but they were actually Goyim (non-Jews) brought in by the Assyrians.

John: Well, you make my point even stronger. At one point in the parable, this Samaritan then who isn’t a Jew but who thinks he is (whatever, he’s a good guy), he comes along and helps Joe Schmoe. The Jews that Jesus hung around with looked down on these Samaritans so it’s like saying, a Negro came along. I thought the Samaritans considered themselves Jews but used different books. Okay, I’ll take your word for it.

Bob: I actually have a pretty good book, on New Testament History by F.F Bruce. It goes through a lot of that.

John: It would have been like Jesus said, a Buddhist came along (laughter) and he was kinder than you jerks were. So it had a sub point.

Bob: I think that the main point Jesus wanted to get across was that love transcends religious, cultural and ethnic differences.

John: Yeah, right. Of course, these people were also teaching faith, not works. Which is very convenient if you’re a member of the staff and not a client. Then, you don’t have to worry about how bad you treat the client. From the client’s point of view (chuckles), we wished they had believed in works. But I don’t want to get into works and faith. You were asking me what is the difference between Protestants, really, I’m talking about Fundamentalists and Catholics. Catholicism because of its political organization and its branches, and its educational policies. Paradoxically, it’s always been the Catholic Church who’d set up the most educational institutions. Which has helped prevent enthusiasm. Do you know what enthusiasm is? It’s when you take one element of Christianity and emphasize that to the exclusion of all others. What these fundamentalists do is get real emotional and start yelling and screaming and forget everything else. That’s enthusiasm.

John: They don’t. My religious views change from day to day. For all practical purposes, I’m an Atheist, but I have strong emotion! I have a lot of love for the Roman Catholic Church. Even though I wasn’t brought up in it., I was brought up in the Episcopal. On the other hand, I was baptized a Catholic as an infant. Here again, you have the difference. Some Protestant sects insist on adult baptism, when you can make up your own mind. The whole Catholic thing with infant baptism is this; you’re not smart enough to do it yourself yet, so we will do it for you.

See the rest of our John Fahey tribute 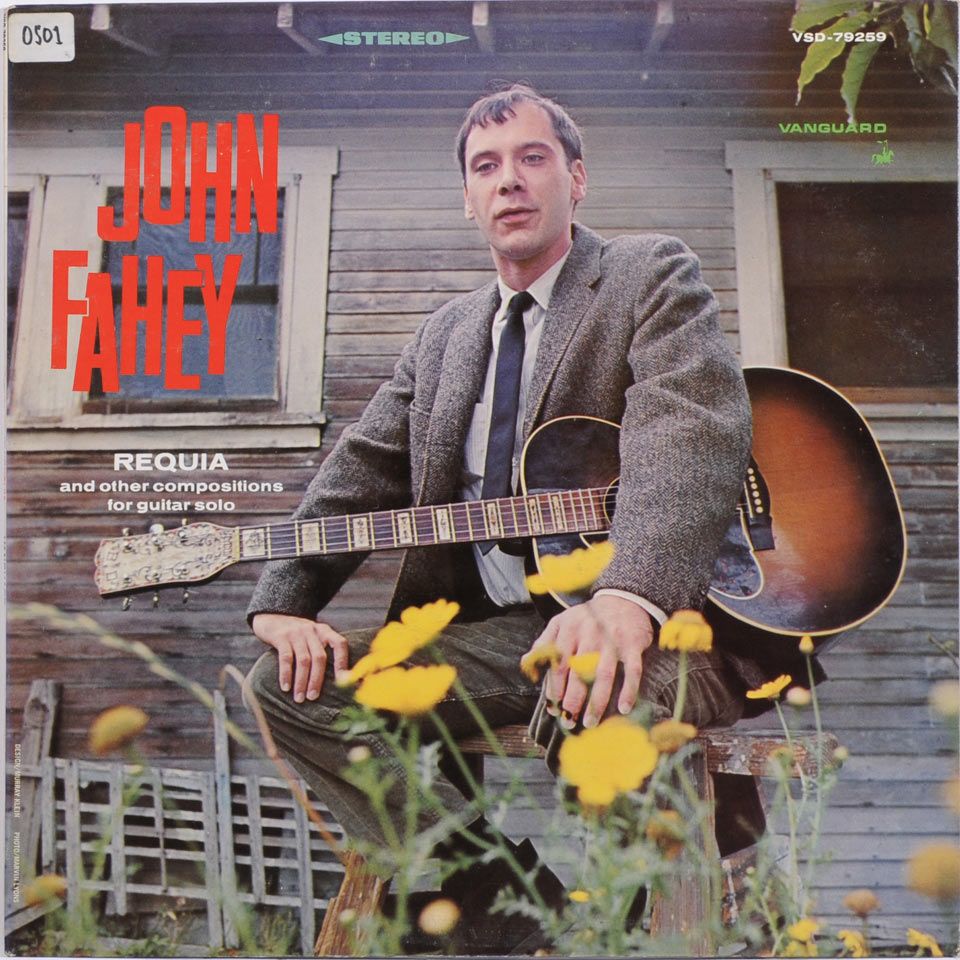