Benjamin Britten's opera Peter Grimes was, of course, a sweeping success at its 1945 premiere, but the composer's next few large, symphonic operatic entries met with considerably less immediate public and critical approval (several smaller chamber operas appeared under happy circumstances between 1945 and the next large opera)--Billy Budd (1951) really only came into its own after a 1960 revision from four into two acts, and Britten's contribution to the gala celebrations of Queen Elizabeth II's coronation in 1954, the opera Gloriana (William Plomer's libretto is a fascinating character-study of Elizabeth II's Renaissance namesake, Elizabeth I), was far too subordinate to the weighty pomposity of all such official proceedings to be paid much heed (or even very seriously listened to) by the comparatively disinterested audience at Covent Garden on June 8. Partly as a way of sustaining Gloriana's reputation after so lukewarm a premiere, Britten extracted a four-movement Symphonic Suite (alternately a suite for orchestra with tenor soloist) from the opera; the Suite received its first performance, by the City of Birmingham Symphony Orchestra under the direction of Rudolf Schwarz, Peter Pears, tenor soloist, on September 23, 1954. In due time, largely due to the skill of the National Opera Company, the actual opera began to join the Suite as a mainstay of the general repertory.

The Gloriana Suite, Op. 53a opens with the prelude (The Tournament) to the first act of the opera. A regal brass fanfare alternates with energetic tuttis (complete with a sprightly, dotted, folk-like countermelody in the violins that draws very heavily, and to good effect, on English Renaissance vernacular music). Soon enough, the rousing drums and cymbals settle down to make way for a broad, lightly-accompanied string melody (in octaves) in 5/4 meter; a repetition of this forthright theme with gentle wind support eases into a further rendition by the low strings before dissolving away into nothingness.

Gloriana Musical Theatre, 210 North Corry Street, Fort Bragg, CA, 95437, United States 707-964-7469 [email protected] Gloriana Musical Theatre is pleased to offer scholarships to eligible graduating seniors who have demonstrated excellence in performing arts and plan to continue in these studies. Applications can be found on our website or through school counselors. Deadline to apply is 2/22. #glorianamusicaltheatre #scholarship #fortbragg #mendocino.

Next up is the 'Lute Song,' a reworking of the second of two such tunes ('Happy, happy were he') that appear in the second act of the opera. The song, originally sung by Essex, is 'sung' in the orchestral version by oboe (as mentioned above, the premiere was done with an actual singer on stage, and that option always exists), with the harp emulating a lute and the strings maintaining the same delicate color with which they opened the number.

Britten reorganizes seven of the courtly dances of Act II, scene 3, into the Courtly Dances of the Suite (No. 3, played without pause between the various dances). The order, quite different from the ordering used in the actual opera, is as follows: March, Coranto, Pavane, Morris Dance, Galliard, Lavolta, and a reprise of the March. Britten's remarkable ability to seamlessly blend mock-Renaissance idioms with his own sweeping melodic style (particularly in the striking Pavane) is present everywhere.

The sizeable Gloriano Moritura that concludes the Suite is drawn from the dramatic conclusion of the opera. A portentous timpani role and sizzling string gestures try to burst into climax four times; they are thwarted by the woodwinds on their first three attempts, but finally achieve their real goal on attempt number four as the brass and percussion break in in properly tragic fashion. Elizabeth has dismissed Lady Mountjoy, and Essex is doomed. Passion and violence erupt once again, all curiously mixed together inside an undeniably regal-sounding musical bowl. The oboe joins to recollect the melody of the Lute Song, and the opera closes with a gentle reprise of the 5/4 meter melody from the prelude (No. 1 of the suite), which, as before, dissolves away into nothingness.

Her Majesty The Queen named the Royal Rowbarge Gloriana as a lasting legacy to mark her Diamond Jubilee. Her Majesty has asked that Gloriana be retained by Lord Sterling and the new charitable trust for Gloriana with assistance from Thames Alive and has approved the principle that Gloriana will be used to promote better use of the Thames. This will be achieved through providing opportunities for Royal-supported, and other charities, to play their part in occasions and celebrations upon the Thames, with a particular emphasis on events involving young people.

Gloriana The Queen’s Rowbarge is a lasting legacy of The Queen’s Diamond Jubilee in 2012. Her immediate realm is the River Thames and London, but Gloriana also celebrates the Commonwealth, which delivers a truly international dimension to her presence. The crests of 16 Commonwealth countries adorn the outside of the coach.

Gloriana is an inspiration for national pride, a showcase for traditional British boat-building and craftsmanship, and a means of encouraging people, especially young people, to engage with the River Thames and the sport of rowing. 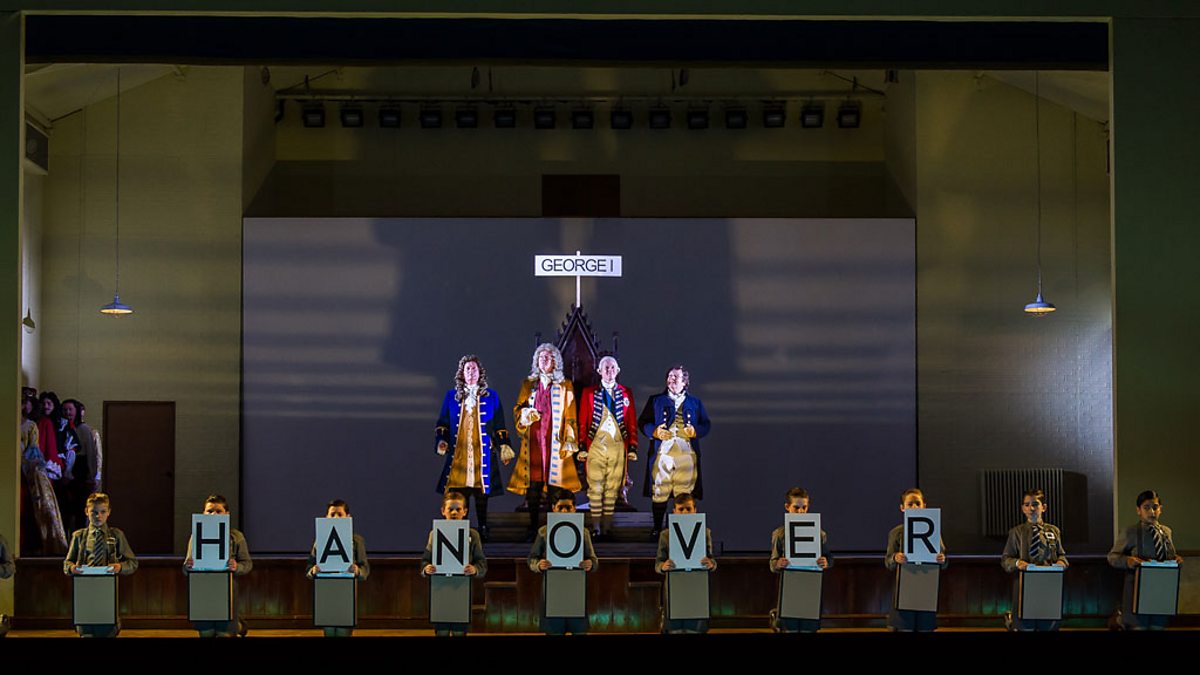 Message from Lord Sterling, Chairman of the Gloriana Trust, which looks after the Her Majesty the Queen’s Row Barge, on behalf of the whole team. All involved with Her Majesty the Queen’s Row Barge Gloriana share in the great sadness following His Royal Highness Prince Philip Duke of Edinburgh KG, KT crossing the bar.
The insignia of Lord High Admiral granted to the Duke of Edinburgh is proudly displayed on the aft end of the saloon on board Gloriana.

Lord Sterling and the Trustees of The Gloriana Trust are most grateful for the splendid support provided by The Maritime Heritage Trust and in particular by their Chairman, David Morgan, from the early stages of design and construction through to the setting up of The Gloriana Trust.

After more than six years playing a central role in Gloriana’s attendance at prestigious events up and down the River Thames, Malcolm Knight, our Events Manager, has decided to step down from his role. All those who have rowed in and supported Gloriana will wish to join in thanking Malcolm for his tremendous hard work over the years. Malcolm has worked tirelessly with the many organisations who have played a part in Gloriana’s activities and has been responsible for much of the detailed work that goes on behind the scenes for every outing, from arranging crew to identifying suitable and safe moorings, filing passage plans to polishing the brass. We are all enormously grateful to him and wish him well for the future.

We are pleased to welcome Keith Baldwin to the Gloriana team. Keith will take on the role of General Manager, Gloriana Services Ltd. He will be a key contact for those who wish to arrange events or offer support to Gloriana. Keith brings much experience of the River Thames from his time as a competitive Masters rower, which still continues. He was also President of his rowing club (Twickenham Rowing Club) during a period of rebuilding of the clubhouse and also brings much business experience.

The rest of the Gloriana Team will continue as before. Please contact us either via the Website Enquiry Form or by email at [email protected] 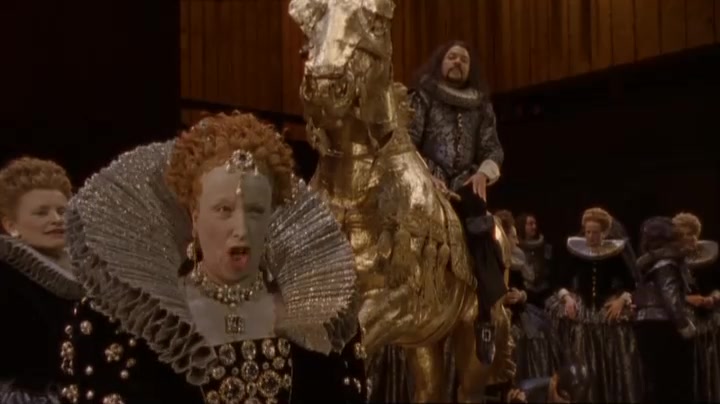 Message from Lord Sterling, Chairman of the Gloriana Trust, which looks after the Queen’s Row Barge on behalf of Her Majesty the Queen.
All involved with Her Majesty the Queen’s Row Barge Gloriana share in the great sadness following the death of His Royal Highness Prince Philip Duke of Edinburgh KG, KT.
The insignia of Lord High Admiral granted to the Duke of Edinburgh is proudly displayed on the aft end of the saloon on board Gloriana.
The Queen and Duke of Edinburgh visiting Gloriana for her naming in 2012, with Lord Sterling, who was instrumental in commissioning and building Gloriana for the Queen’s Diamond Jubilee in the same year.
The Queen's Row Barge 'Gloriana'Saturday, April 10th, 2021 at 9:21pm
Prince Philip's Funeral Details
The Queen's Row Barge 'Gloriana'

Friday, April 9th, 2021 at 8:32pm
We send our deepest condolences to Her Majesty The Queen and all her family on the loss of the Duke of Edinburgh. He was a friend and stalwart of the Thames, and will be much missed by the river community. 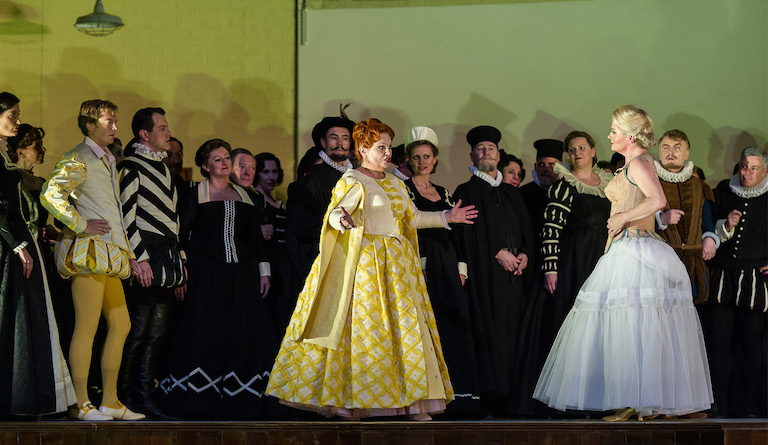 Britain is famous across the world as a country rich in heritage and pageantry, and our strong naval traditions are carried on by a history of sporting success in rowing. This vessel unites these two strengths very neatly in this Jubilee and Olympic year, and I very much look forward to seeing the finished article on the river and joining Steve in the boat.

Christopher Rodrigues CBE, Chairman of the Port of London Authority

Letter from Her Majesty the Queen