The recent official launch of Drupal 9.0 represents 4 and a half years of improvements (and more than 4,500 individual contributors) to the open source CMS designed to support the most ambitious digital experiences. The official party line, so to speak, is that 'the big deal about Drupal 9 is that it's not a big deal.' 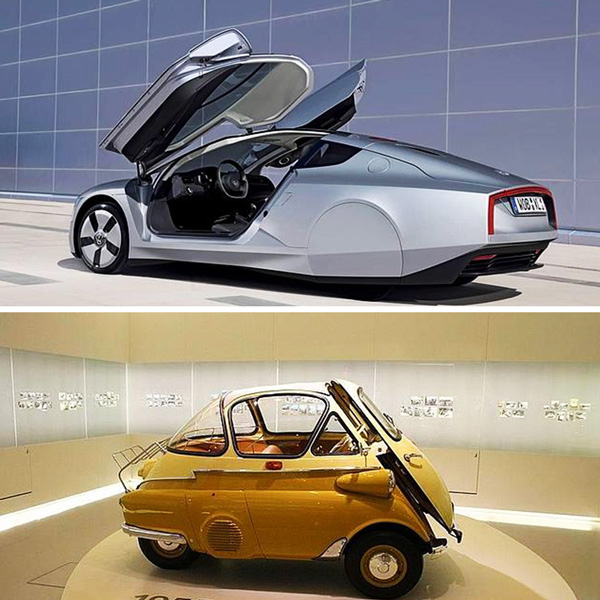 Because there are so few differences between Drupal 8 and Drupal 9.0, if you're currently on Drupal 8, you can expect a simple, painless update that'll allow you to stay up to date with upcoming feature launches (Drupal 9.1.0 is planned for December 2020) and continuous security support.

Not only that, but the power of Drupal is more accessible than ever to people without technical backgrounds. Engineering teams continue to benefit from the latest features and improvements made since 8.0. And everyone relies on the security that comes with updating the underlying technology stack. There have been so many improvements to Drupal's overall user experience since 8.0 was first released that there's plenty to celebrate.

Here are five features that make Drupal 9.0 the most accessible, intuitive, and user-friendly version yet—both for marketers using it to publish content and developers tasked with maintaining the code.

The Layout Builder is one of many examples of Drupal's renewed focus on accessibility and ease of use. It represents a major step forward for Drupal's user experience, distancing the CMS even farther from its past reputation of being intimidating to first-time or non-technical users.

Keep in mind that Layout Builder is an optional module in Drupal that needs to be enabled. If you need help setting up a visual page designer for your editors, you can always reach out to our team of Drupal experts.

Drupal 9's WYSIWYG Media Library management system lets content editors and designers collaborate on images, videos, and other assets in an intuitive interface. Beyond the GUI, of course, the Media Library is fully customizable: you determine which fields to require for each type of media depending on your needs. 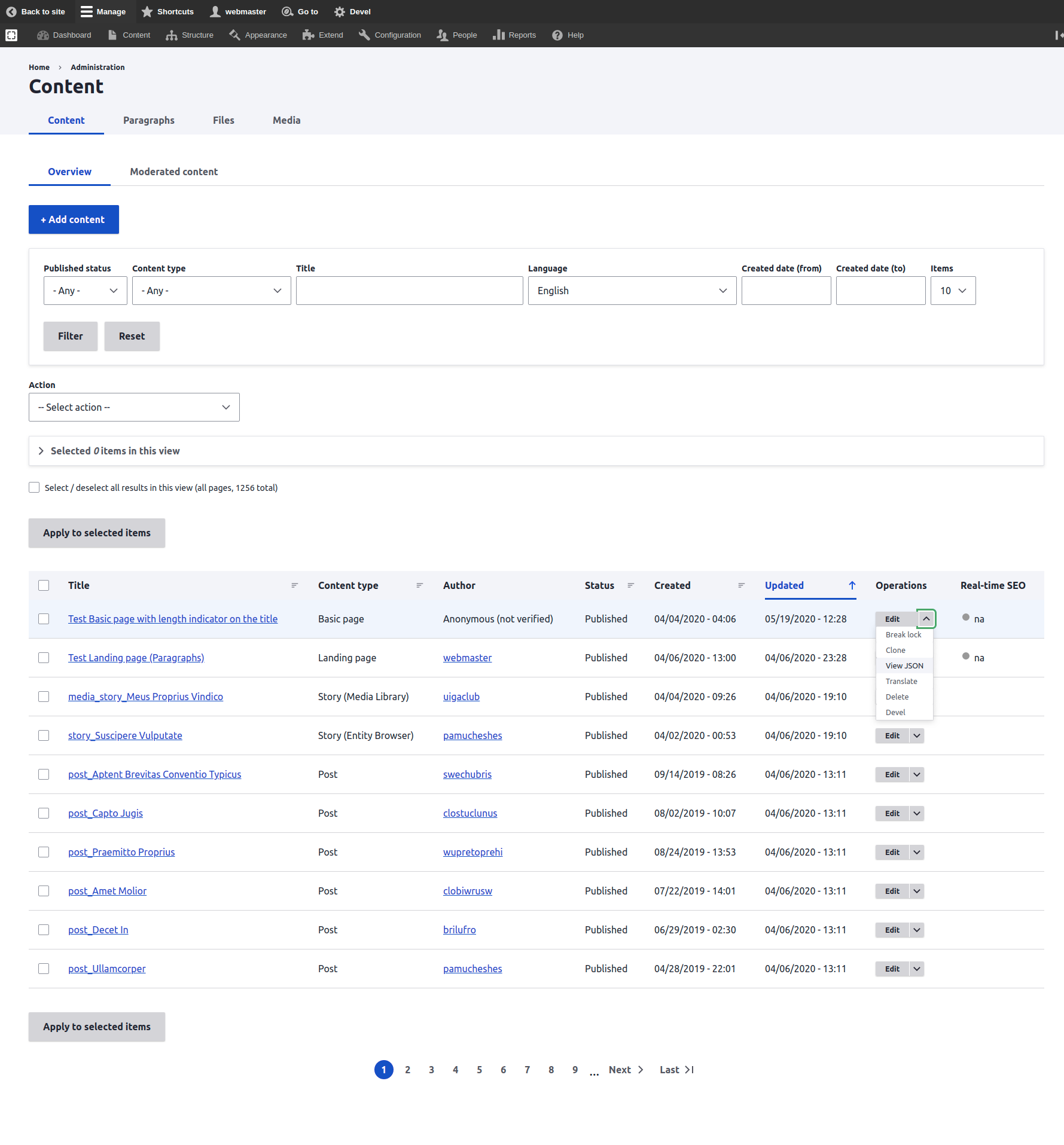 Drupal's superior taxonomy handling extends to the Media Library, making it easy to organize libraries of all sizes according to whatever system works for your teams. With the Media module, files, images, videos, and all other asset types are treated like pieces of content, meaning they support fields and versioning just like a page would.

Two views are available for the Media Library: table, which offers a more detailed look at each file's metadata, and grid, which displays an uncluttered overview of assets. You can choose which fields to display for both views. Here are full instructions for customizing your Media Library's interface.

Keeping with the Drupal spirit of power-meets-accessibility, there are two ways to add media from the Media Library into a piece of content: via a reference entity (aka Hard Mode) or via the WYSIWYG text editor (9 out of 10 editors recommend this option). Here's how to set up CKEditor so it supports the media embed button.

If you have a website today, you're either putting out content on a regular basis or hoping to start doing so ASAP. Drupal helps content and marketing teams save time and streamline their moderation and publication process by enabling workflows that match their actual on-the-job needs. (Workflows have also undergone UX and accessibility improvements that make them more intuitive, meaning that once they're set up, people will actually use them--and see their value.)

By default, content in Drupal can be in one of two states: Published or Unpublished. With the core Workflows module, you can add custom states (such as Unassigned, Assigned, or Draft) beyond the default two to match your editorial process.

The companion Content Moderation module then lets you assign roles and permissions to those new states and transitions. These flexible role-based configurations mean, for example, that an editor just needs to access the Moderated content tab to see if any new drafts are ready for review.

Claro, a sleek new theme for the Drupal admin UI, is available as the default admin theme in Drupal 9.

What's so great about Claro? It overhauls the current Seven theme with a sleek UI that adheres to the new Drupal Admin Design System. In a nutshell, Claro aims to be more accessible, responsive, user-friendly, and visually appealing.

The efforts behind building Claro were bolstered by the findings of the Drupal Admin UX Survey, an initiative conducted by the Admin UX study group (whose members include Suzanne and Annika from Evolving Web!) back in 2018 to learn more about how content editors were using Drupal. Read Suzanne's overview of the survey's findings for more on the editor pain points that led to Claro's development and implementation in Drupal core. (And stay tuned for Olivero, a brand-new theme that's slated to bring that modern look and feel to Drupal's default front end—it's one of the Drupal core initiatives, and we're hoping to see a release in 9.1 so we can collectively say 'goodbye, Bartik' for good.)

A lot of improvements leading up to Drupal 9 have focused on creating more accessible experiences for a wider range of users, but this one's especially for the technical folks—although it has exciting implications for content creators.

Drupal has always been the platform of choice for web projects with rich content requirements. Being API-first makes it flexible enough to handle more ambitious projects in the future.

Drupal 9.0 is compatible with the latest technologies and frameworks (such as React, Angular, and Vue). Not only that, but its architecture is suitable for building headless applications that integrate via APIs with emerging channels and interfaces like augmented and virtual reality, wearable devices, and digital assistants.

Thanks to the ability to package and export structured data via the built-in JSON API, engineering teams can choose to either use Drupal as a traditional coupled CMS, or as a headless CMS with a custom front end.

What does this look like in practice? The possibilities here are quite literally endless. A quick example might be a city wanting to use existing data to build an augmented reality app that lets tourists interact with different landmarks. Drupal would be able to leverage structured JSON data from the city's existing database and inject it into the app's UI.

So, while it's technically true that there aren't any new features launching with Drupal 9.0, thanks to its developers' commitment to constant improvement and updates, today's Drupal is still leagues ahead of Drupal 8.0. And there's more to come before year's end. Drupal releases new features twice a year, so you can expect some shiny new (and accessible!) goodies delivered with 9.1.0 in December. 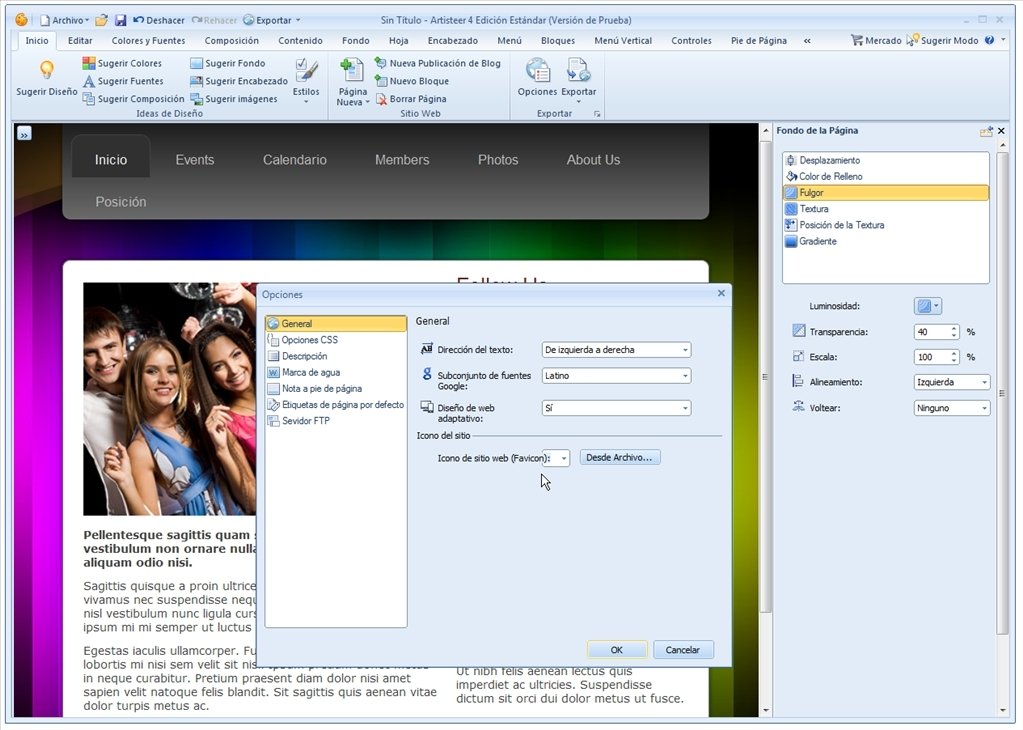 There's never been a better time to dive into this powerful, open-source CMS. Ready to learn Drupal? Sign up for our Complete Drupal Training, a five-day bootcamp that'll have you developing with Drupal in no time.